The answer is obvious isn't it? We all know it. But still at the moment it is one of the biggest things on the internet and there is no shaking it. Tell you the truth, I myself being a small blogger and a sunday web developer am a bit jealous of the whole facebook ordeal. Why should one guy have so much fame anyway? haha, but that's not the topic here.

What I'm contemplating about here is that above all things, will facebook prove to be a lovely social media companion for the up coming ages? Or is it going to turn into just another stock pile of dirt what people faintly remember about but don't really bother to clean and look over again. 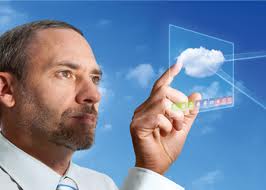 Thing is that, technology keeps on changing and people do so too. In the start there were emails. Then there was chat. While both those things are still with us but we wanted something else. We had buillten boards, forums and now it has come down to facebook. What if there is a leap into future and someone pulls out a new rabbit from the hat which becomes the new trick of the century.

What type of technologies will really beat online interactivity currently being provided by sites like facebook? What if instead of tagging people on a page. You could tag people in a real life place? This already has begun with the advent of things like Near Field Technology, where people can find out where their friends are if they're using the same system.

I believe in the near future, real life places will also have a virutal translation onto computer somewhere. Google Maps could be used to achieve this. I go to the market, leave a comment in the market at point A. Anybody who passes by on Point A sees that comment on their cell phone and can reply. So suddenly the whole world has a virtual extention and people don't even need a website or a plateform to communicate anymore. All the communication is being done in air. There are some apps already doing this but it hasn't really picked up speed yet. I'm thinking it should.

The information is in the sky we just have to download it.